Further work has been done to the bodies since the last post.   The strengthening ribs on the sides and underneath of the tray have been added as has the box which acts as a foot support for the driver.   The tail gates have also been added to the rear of the trays. 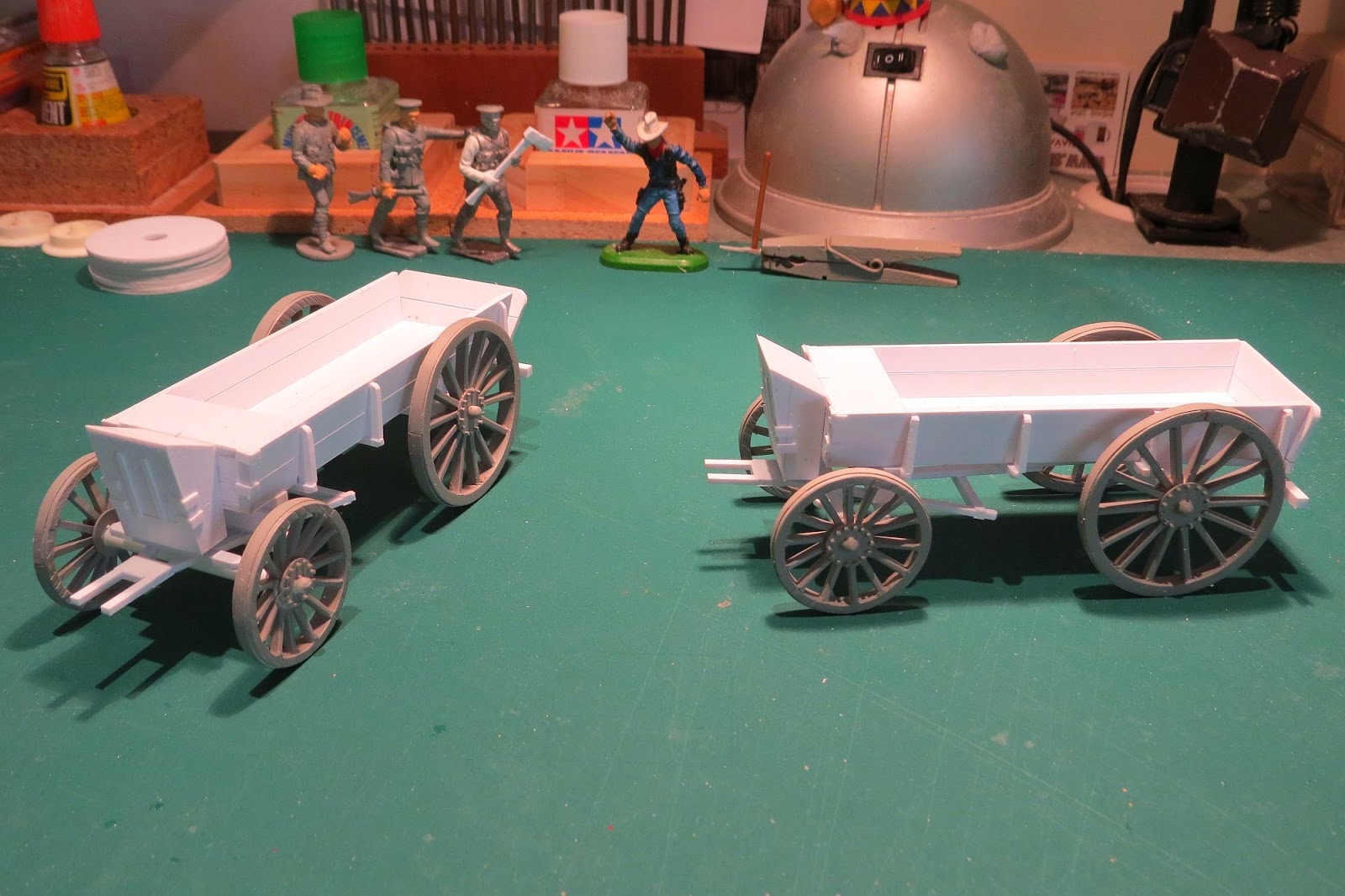 I decided to cast up the seat springs in resin as they are a fairly generic item that could be used for other projects.   Masters were made from styrene strip and rod.   The strip was gently curved before each strip was attached.   A simple box for the mould was made up from styrene sheet. 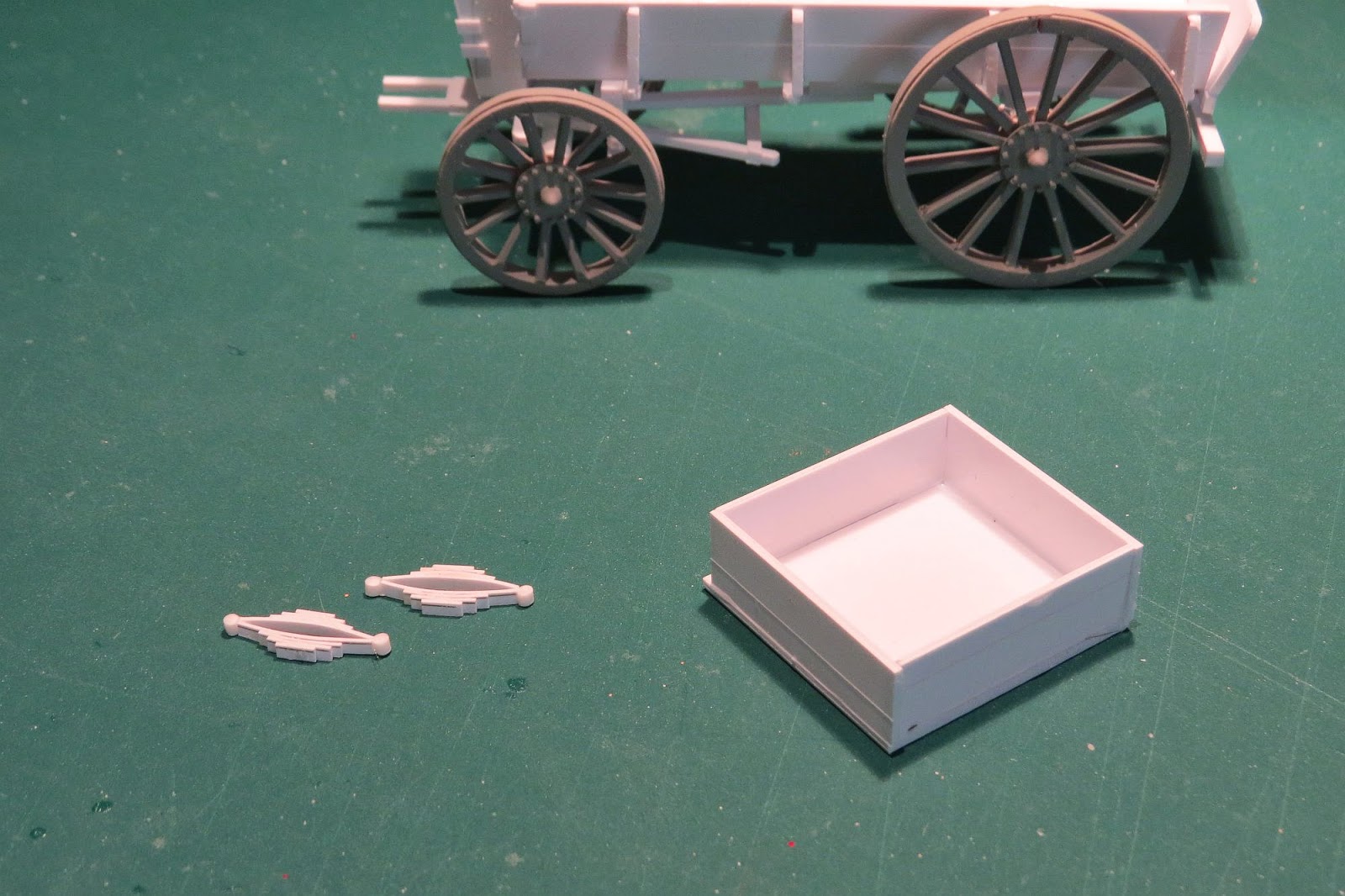 The spring masters were then glued to the base of the mould box.   I should mention, this method of casting is a simple one piece mould, suitable for simple shapes that have a flat back. 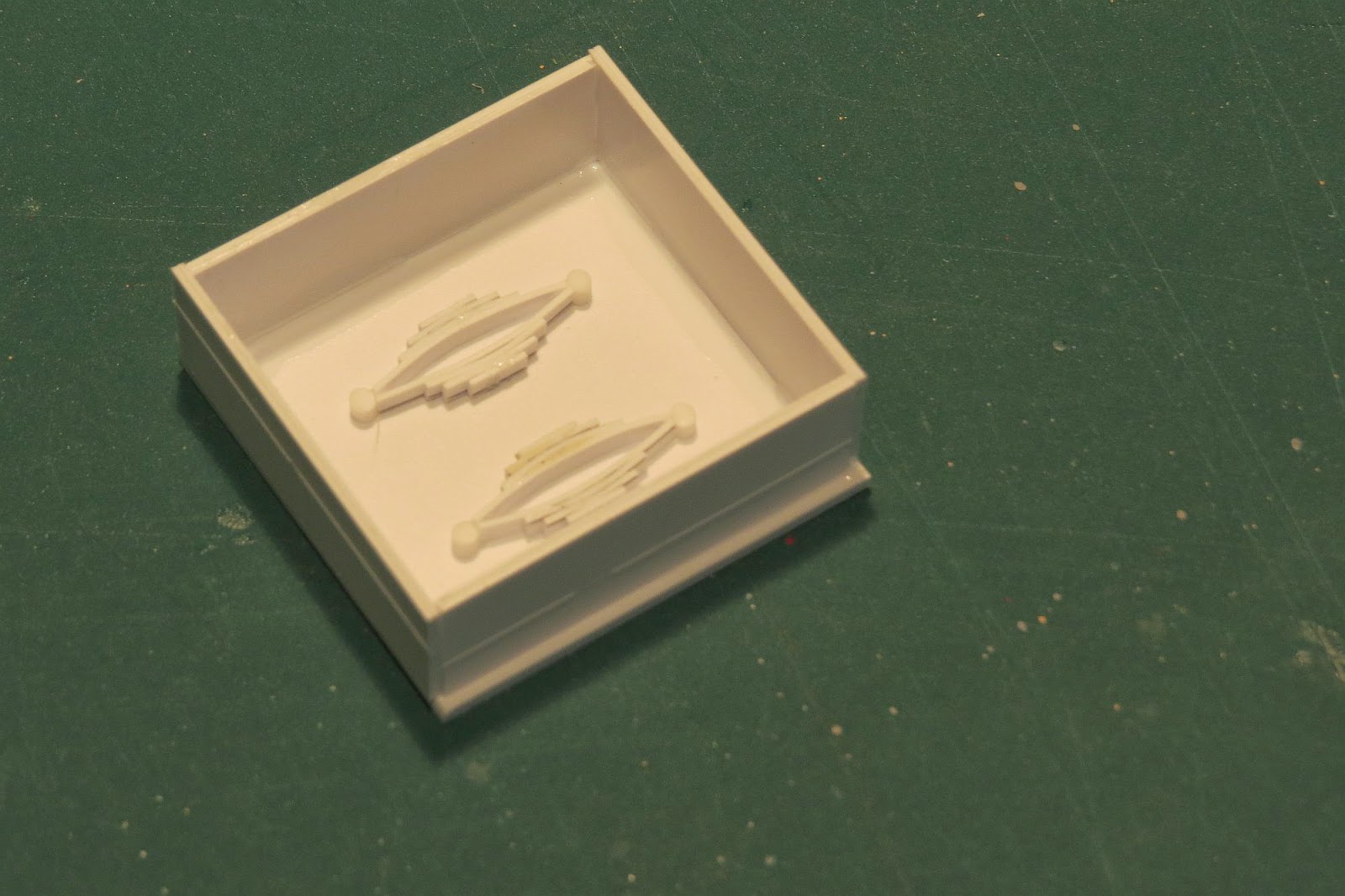 The mould box was then given a spray of mould release, in this case Stoner's Rapid Release.   Theoretically the Silicon material used for the mould should not stick to anything but itself, but I err on the side of caution. 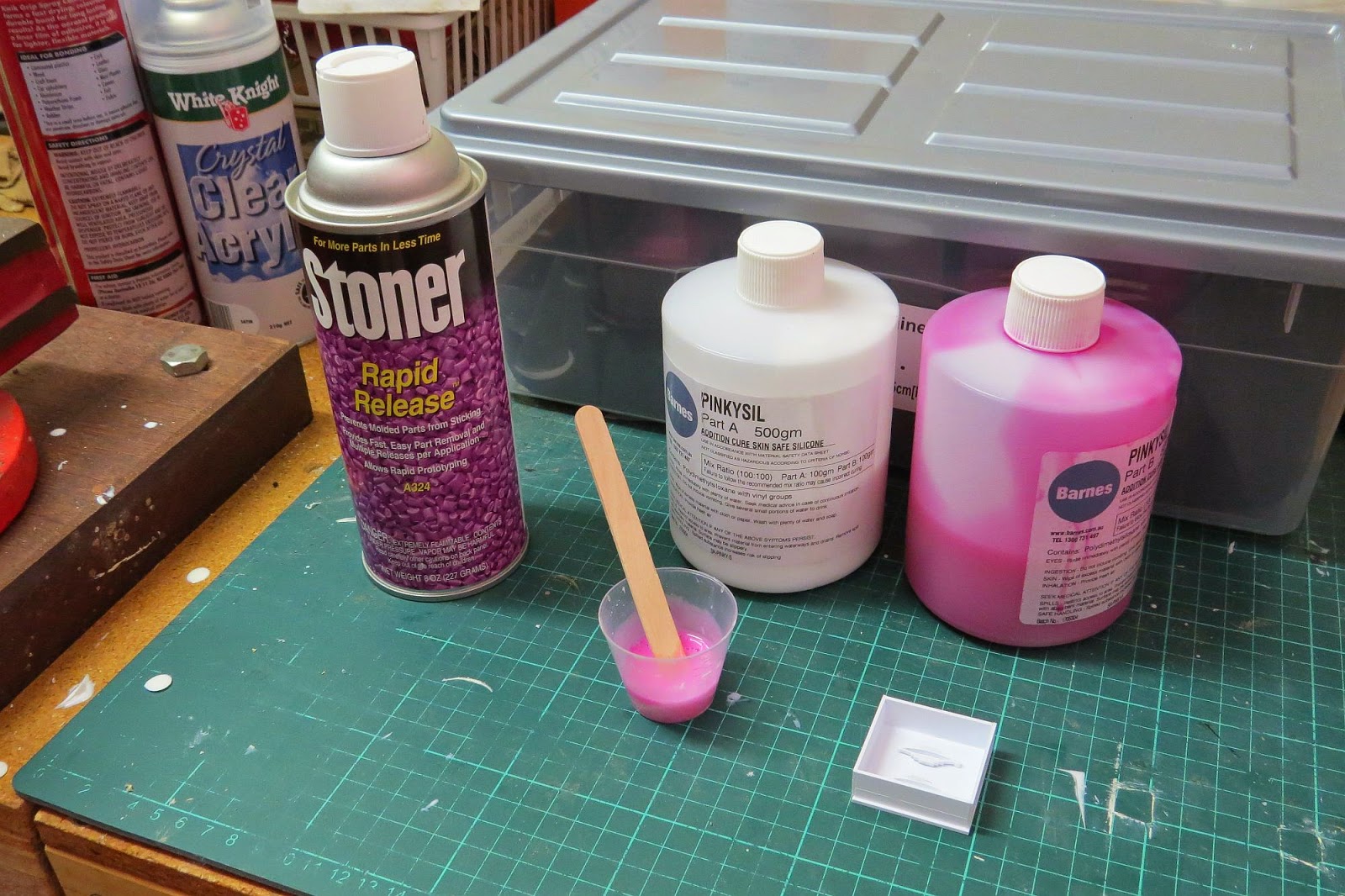 The actual material I used for the mould was PinkySil, an equal part, two part silicon medium.   When mixed you have a working time of six minutes in which to do your pour. 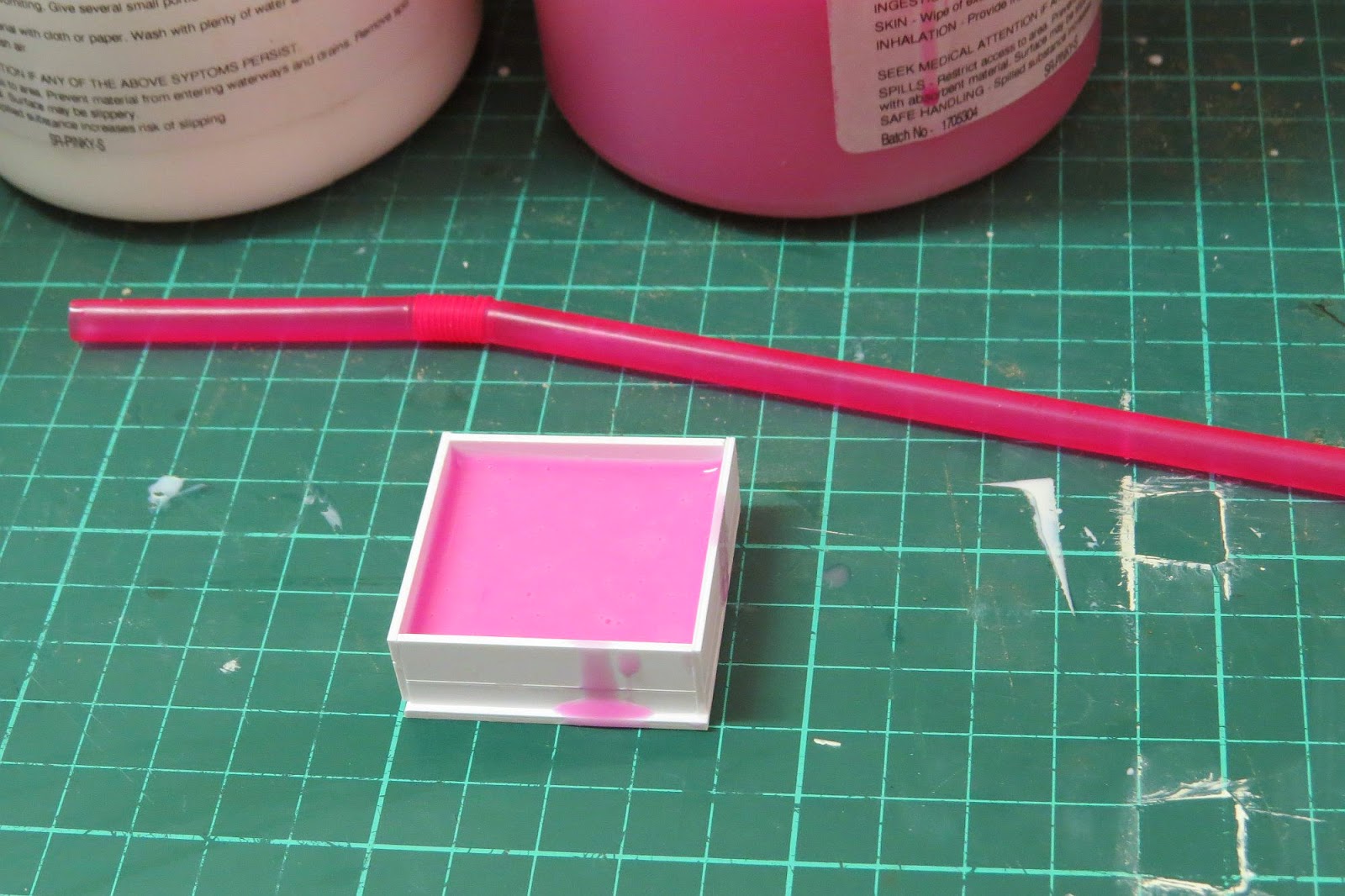 After you have poured the mould, tap/shake the mould box to release any trapped air bubbles in the mould.   Another tip is to blow gently through a drinking straw over the silicon as the carbon dioxide in your expelled breath will allow air bubbles to rise and burst. 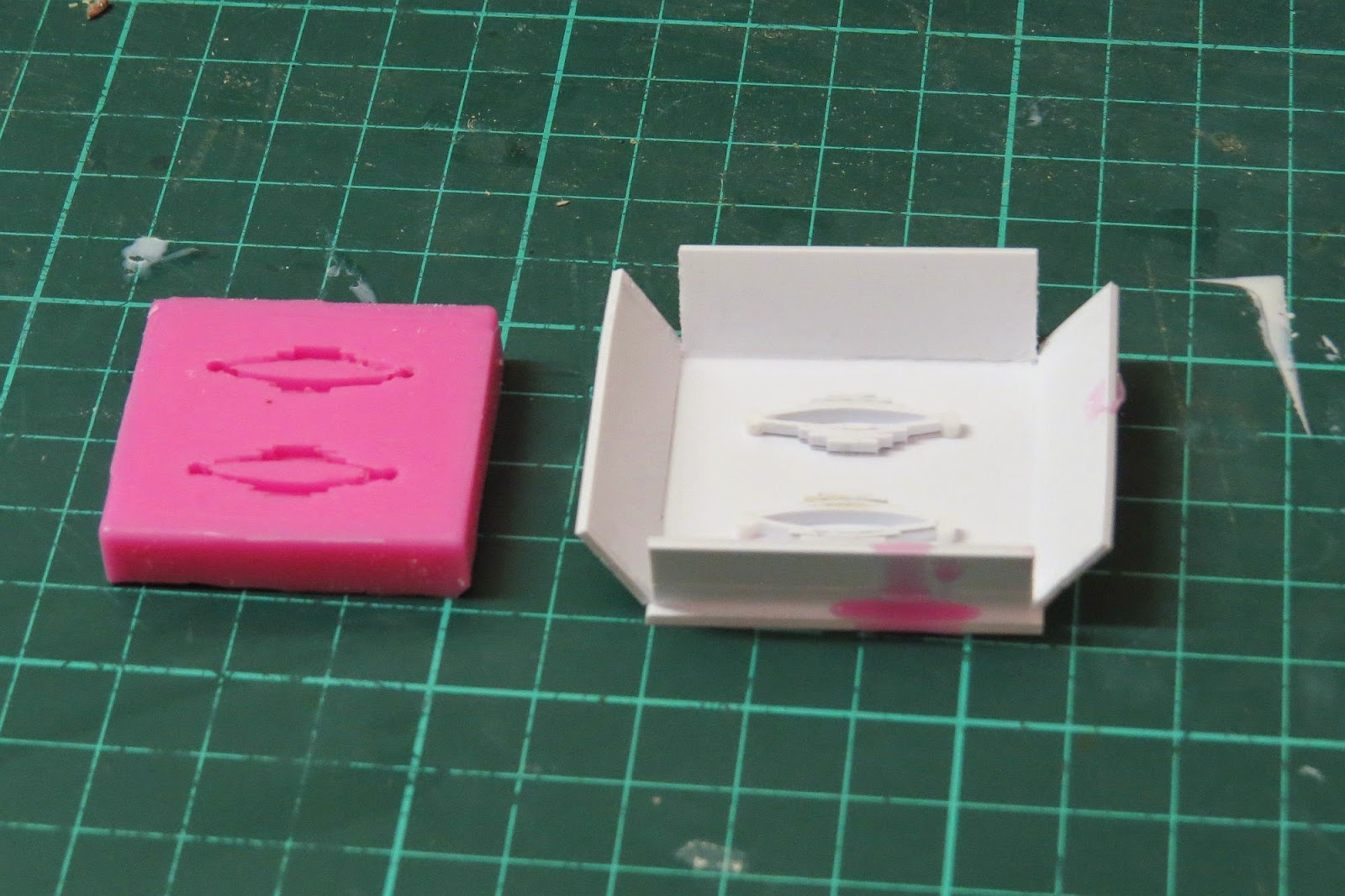 After the silicon has dried off (usually between 20 and 30 minutes), the mould itself can be released from the mould box.   It can then be cleaned up if necessary and the meniscus around the edges can be removed with scissors/craft knife.    This allows the mould to sit flat on the table. 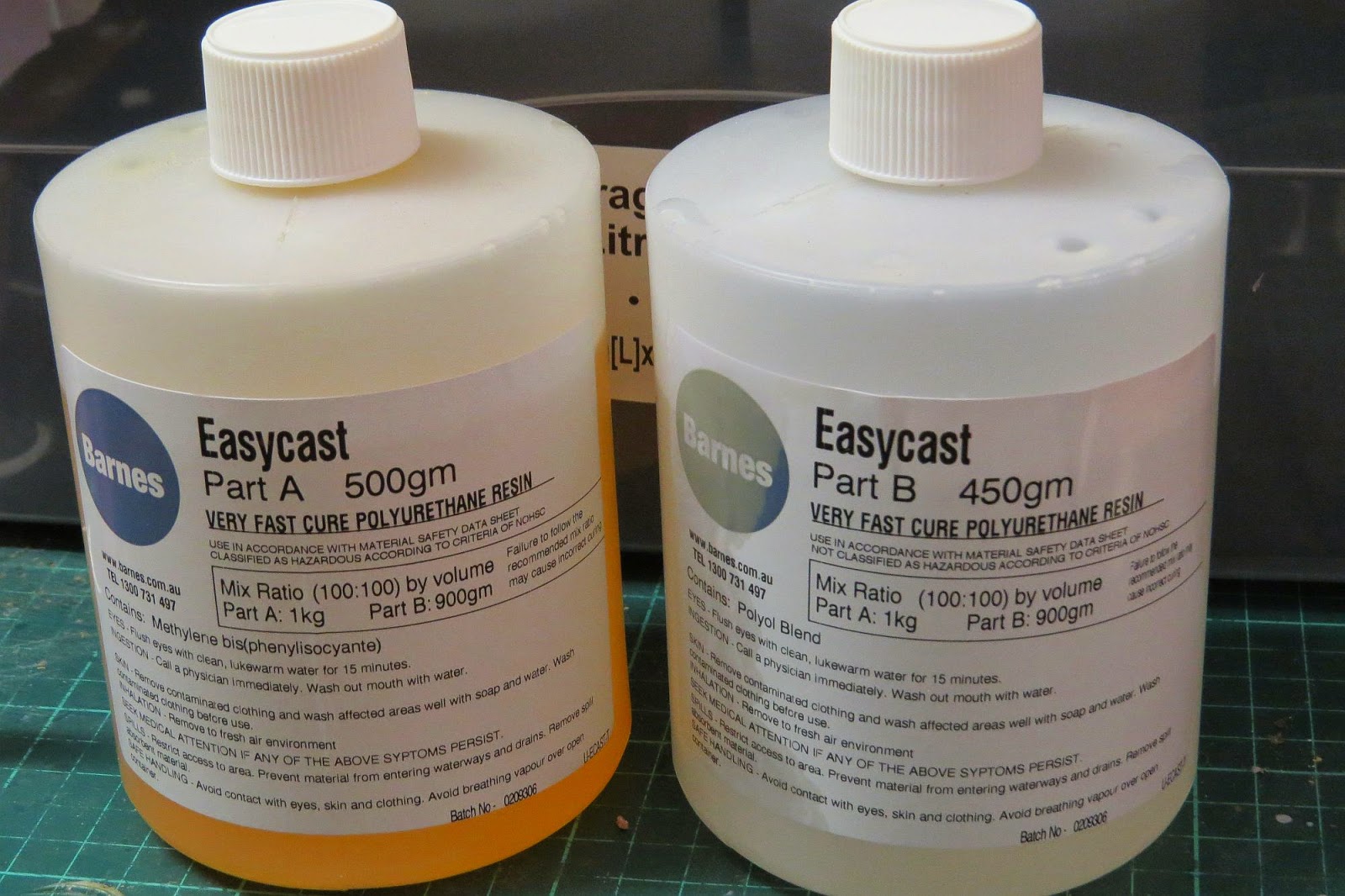 To produce the actual castings I used Easycast, an equal part, two part polyurethane resin.   Once mixed you have a working time of two minutes before it starts to harden off.   It is important to get the volumes of the two parts correct as any imbalance will affect the quality of the castings. 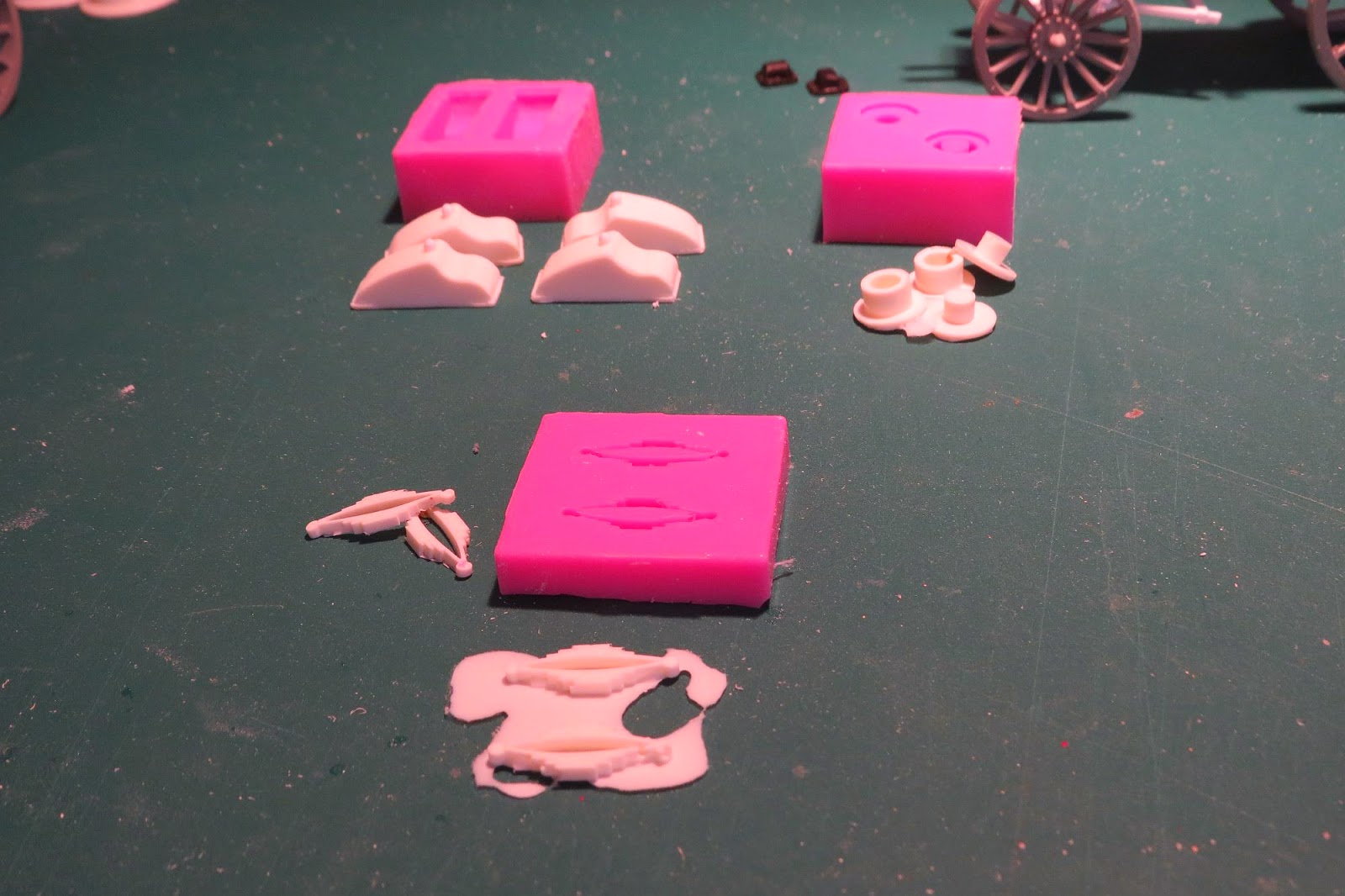 As the amount of resin required for the springs alone is quite small, it is a good idea to use the excess on other moulds you may have made.   In the photo above you can see the completed spring castings (just need deflashing) and also some small police cars for a game from many years ago called Jail Break. (I was missing some cars!) and also some plugs/rivets for Star Fighter maneuver dials for the X Wing Miniatures Game.   Any air bubbles/defects in your castings can usually be made good with two part epoxy putty.

Col
This is not the profile you are looking for, move along! Seriously, I just like making AFVs and Softskins and collecting and painting Toy Soldiers 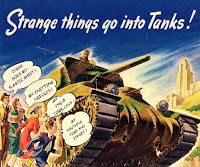